Four Trends That Scare the Hell Out of Me 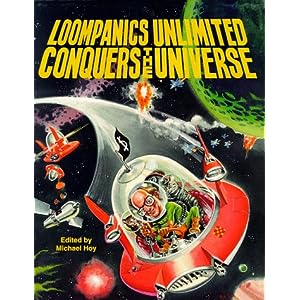 “Four Trends That Scare the Hell Out of Me”

To paraphrase H.G. Wells, modern history has become a race between education and miseducation. There are very few people around who really don’t know anything, but there are multitudes who know many things that don’t happen to be true.

The trends in the modern world that most terrify me all result from the general tendency, increasingly manifest since the 18th Century, whereby education has ceased to be a Church monopoly (outside Ireland and the Islamic nations) and has increasingly become a State monopoly. In a memorable phrase from Ezra Pound, we have been delivered from “one gang of damned scoundrels (tonsured)” to “another gang of damned scoundrels (untonsured).” The results have been pre­dictable.

In the days when the Church was All and the Individual was Nothing, schools were staffed by Church employees who taught that obedience to the Church was the supreme virtue. Today, when the State is All and the Individual is still Nothing, schools are staffed by State employees who, not surprisingly, teach that obedience to the State is the supreme virtue. This should be called progress?

In this context, the second trend in our world that seems ominous to me consists of a continuing increase in State power everywhere, even in the formerly “democratic” Western capitalist nations.Everybody seems aware of this in general, but I would like to cite some recent and horrific examples.

When I was a boy (even though Roosevelt II was already President and the New Deal had begun) you could walk into a bank anywhere in this country with five dollars in your pocket and start an account without showing I.D. or answering any questions you thought impertinent. (The banks seemed glad to get their hands on your cash in those days.) When I returned to the U.S. early this year, after six years in Europe, I couldn’t find a bank in Southern California that would take my money, even though I had over ten thousand dollars in travelers checks for my initial deposit and, knowing the drift toward totalitarianism, had I brought my passport and credit cards as I.D. The banks would not accept the credit cards (and matching signature) as I.D. and the passport alone was not enough, even though guaranteed by the U.S. State Department. They all insisted on a California driver’s license, which as a new arrival I did not have.

Of course, I have since learned that other States do not act as “strictly” yet as California, but I also have observed that everything that starts in California eventually spreads throughout the nation.

Similarly, in California now, if you are in a car that is stopped for a traffic violation, you must have I.D. or you will be taken into custody – even if you are not the driver. See how it goes? First drivers must have I.D. which seems reasonable to almost everybody but the most “extreme” or “eccentric” libertarians; now passengers must have I.D., too… and how far are we from the nightmare of the old anti-Nazi movies where the question “Do you haff your papers?” notified the audience that we were seeing a totalitarian State and that the hero was about to be caught in its coils.

In June this year, the Supreme Court ruled that the public has no “reasonable expectation” of privacy when they put their garbage out for the night, so the police may now rummage through anybody’s trashwithout even bothering to get a search warrant. If you don’t relish the thought of the gendarmerie peering through your old love letters, financial re­cords, discarded porn magazines, marijuana stems or other signs of your individual foibles or weirdities, you will just have to imitate Our Glorious Leaders in Washington and buy yourself a paper shredder. This is hardly what I thought they meant when they taught me to sing that song about “the land of the free and the home of the brave.”

The third trend that disturbs my slumber is the steady increase of what looks like “deliberate stupidity” or “duckspeak” in political debate. I want to be very careful here. The term “deliberate stupidity” was coined by Arthur Koestler to describe certain contortions of Marxist (or actually, Stalinist) logic in the 1930s and 1940s, which Orwell later called “duckspeak” – the substitution of slogans for thought, and dogma for analysis; in short, a general rejection of common sense on the part of alleged intellectuals. I am less judgmental than Koestler or Orwell and not at all sure the stupidity is totally deliberate, but I do find it appalling.

The Nazi ideology was based on the proposition that some Jews are bankers and therefore all Jews “are” “evil;” cur­rently fashionable Radical Feminism offers the isomorphic proposition that some men are rapists and therefore all men “are” “evil.” In bon ton Liberal circles it seems strictly forbidden to notice, or comment upon, the ghastly similarities pf these two systems of organized bigotry. It is also forbidden to remark that overt male sexism, as an openly avowed Ideology of hate, has virtually disappeared (however much covert male sexism may remain…) while the Rad Fems stir up more and more overt female sexism, as an openly avowed Ideology of hate. But openly avowed Ideologies of hate, which ascribe alleged group qualities to individuals, can only be considered “true” or “sincere” stupidity in the very ignorant and uneducated; in the educated, they seem to deserve Koestler’s charge of deliberate stupidity.

Pop Ecologists and Ecomaniacs (as distinguished from scientific students of ecology) frequently represent extremes of duckspeak never equalled by either the, Nazis or the Stalinists, and in most “New Age” magazines the polemics against reason are totally redundant; one cannot read a paragraph of this stuff without realizing the authors seem to be either deliberately or ignorantly imitating the Dark Ages, apparently under the leadership of such glorifiers of medievalism as Fritjof Capra and Theodore Roszak.

Some New Agers seem to have made a whole career out of duckspeak, and I often wonder if any of them ever realize consciously that the last 300 years of history, which they totally condemn, were the only centuries in which any individual liberty has ever appeared on this backward planet, except as the prerogative of a repressive aristocracy. The modern epoch the Eco-cult despises appears to be the only historical period in which freedom of speech or of the press, or any libertarian tendency whatsogoddamever, has been allowed to the masses. Pop Ecologists generally choose Francis Bacon or Rene Descartes as the prime villains of history, and that obscures the palpable fact that most of the values they reject are more closely associated with Thomas Jefferson and our tattered but still weakly surviving Bill of Rights.

The fourth trend that appalls me is the “war” against crack. As far as I can obtain objective scientific data about this derivative of cocaine, I would say that crack should be considered the most dangerous drug ever introduced to this country. This gives me nightmares when I consider that the government’s way of trying to control the crack problem imitates the same techniques that have been so monumentally counter-productive in dealing with other drugs. Washington has taken the course that seems guaranteed to make crack even more popular and lucrative.

There were only a few thousand heroin addicts in the U.S. when the government declared “war” on that drug; now there are millions. There were less than 200,000 pot smokers, mostly in New Orleans and Texas, when the government declared “war” on that drug; now there appear to be somewhere between 40 million and 70 million regular users, depending on whose estimate you believe. LSD seems such a powerful psychological change-agent that I, personally, don’t believe it would have ever gotten out of the laboratories onto the streets, if the government hadn’t declared “war” on it. And so on. Nothing increases the sales and profits of a drug like making it illegal. The result is always the same: the young, the adventurous, the scientifically curious, the artistic and other adventure some types get very interested, a black market appears, the mob sees profits and takes over, and the prices go sky-high, with an ever-increasing rise in police cor­ruption and violent crime associated with the import and distribution of the for­bidden substance.

Now crack is about to go through this same process. There are two crack-related murders a week in South Central Los Angeles, and other cities are moving up to compete with that record. With a full-scale “war” against crack, based on the same technique as other anti-drug “crusades,” we can expect the corruption, the violence and the prices to rise steadily and dizzily.

I can only conclude that, unless the people come to their senses and demand that the government take a more intelligent and less military approach, the Mafia will graduate from a billionaire club to a trillionaire club and soon own all the banks, instead of just owning most of them.

This entry was posted in Essays, Excerpts and tagged Loompanics. Bookmark the permalink.